Welcome to the Harding County Fair! 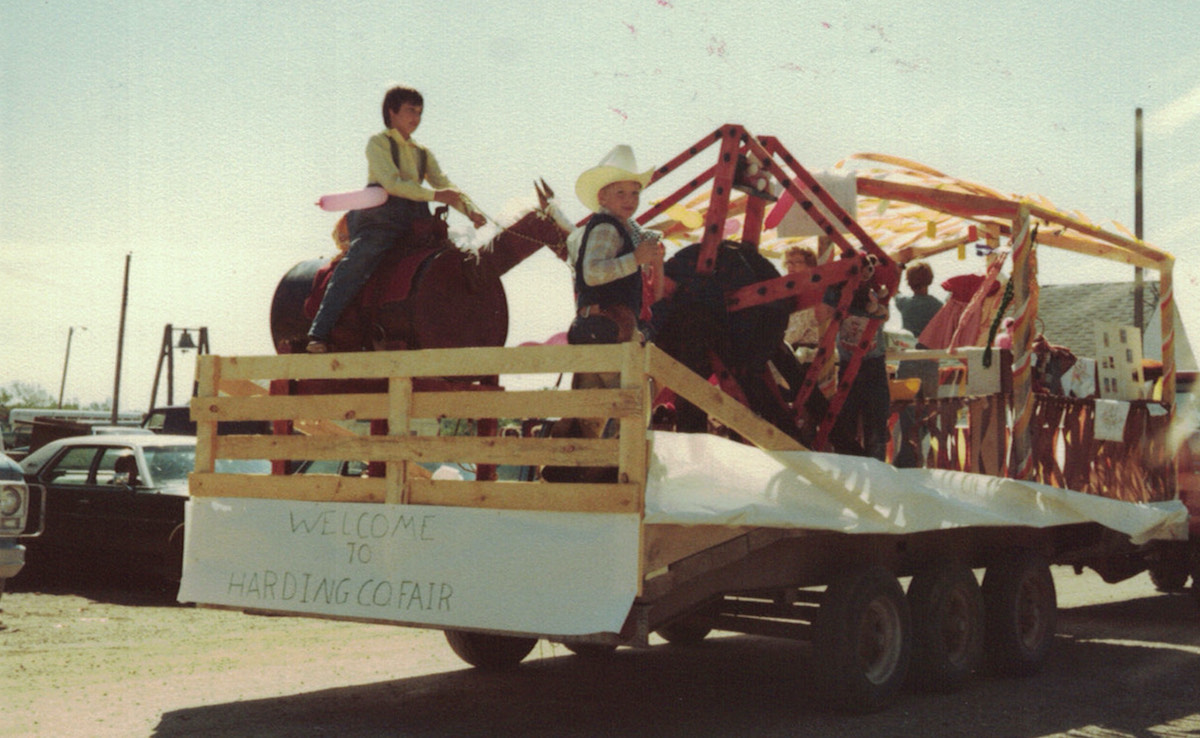 This float appeared in the Harding County Fair Parade in the early 1980s. The little guy in the white cowboy hat was one of my students. I don’t recognize the boy on the barrel horse.

Welcome to the Harding County Fair!

That’s what we’ll be saying come August 19-21, 2022 when Hiram and I go to the fair for the first time in almost 40 years. We’ve wanted to do it for years. Make that decades. But the timing never worked out. This summer is a different story now that Hiram is retired.

A few weeks ago, I sent a Facebook message to Darwin Latham. We got to know one another when we were cast members in the Harding County Players production of Bye Bye Birdie, and we are now Facebook friends. Darwin’s wife Kay is on the Harding County Fair Board, a fact I gleaned from the county’s newspaper, The Nation’s Center News, to which I subscribe. I sent Darwin a message asking him to please ask Kay about the possibility of promoting The West River Mystery Series during the fair.*

Keep in mind that Darwin and I haven’t seen each other since the early 1980s, and we didn’t know one another all that well. Even so, he passed the message onto his wife. She presented the request at the next Fair Board meeting, at which it was immediately approved. Since then Kay, whom I’ve never met in person, has sent a schedule and a list of best places for a book table for maximum visibility throughout the fair.

This kind of hospitality and cooperation was typical of Harding County when we lived there decades ago. It warms my heart that it remains so today. It is also why we are eager to join in the fun next August and greet fairgoers by saying, “Welcome to the Harding County Fair!” 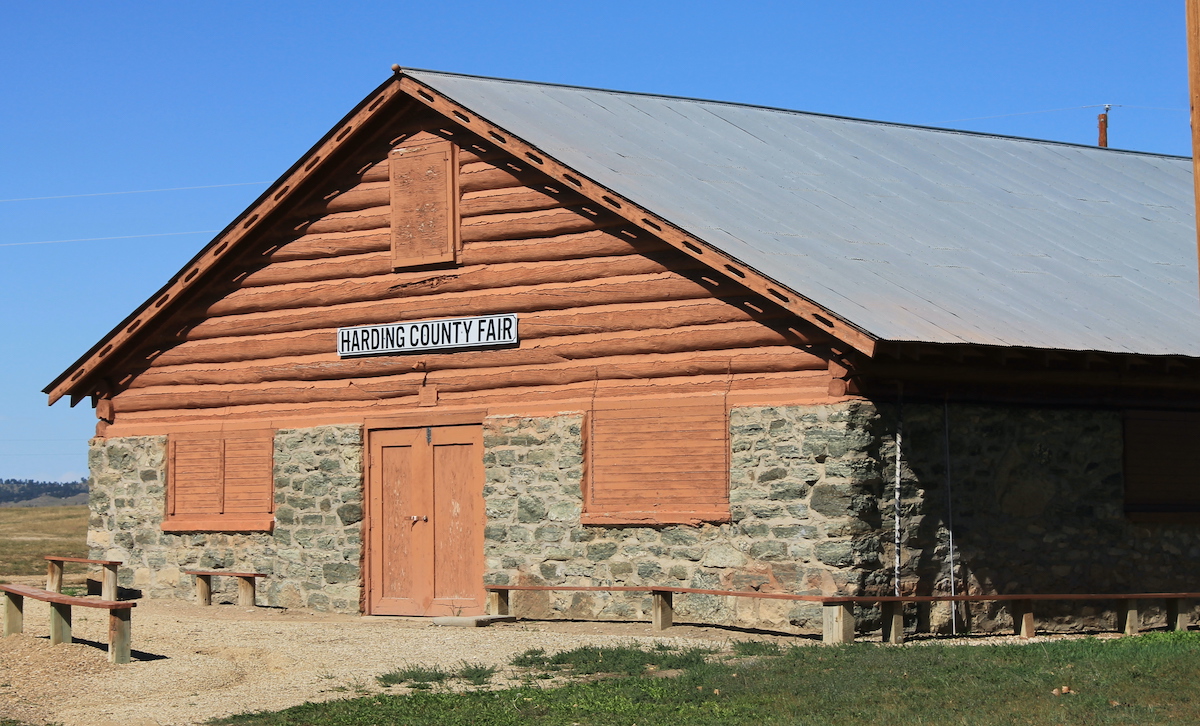 The Harding County Fair Building as it looked during a visit in September of 2013.

*Much of the action in See Jane Run!, the first book in the West River Mystery Series, unfolds during the Tipperary County Fair. The county and the fair building bear a striking resemblance to Harding County and its fairs during the late 1970s and early 1980s.