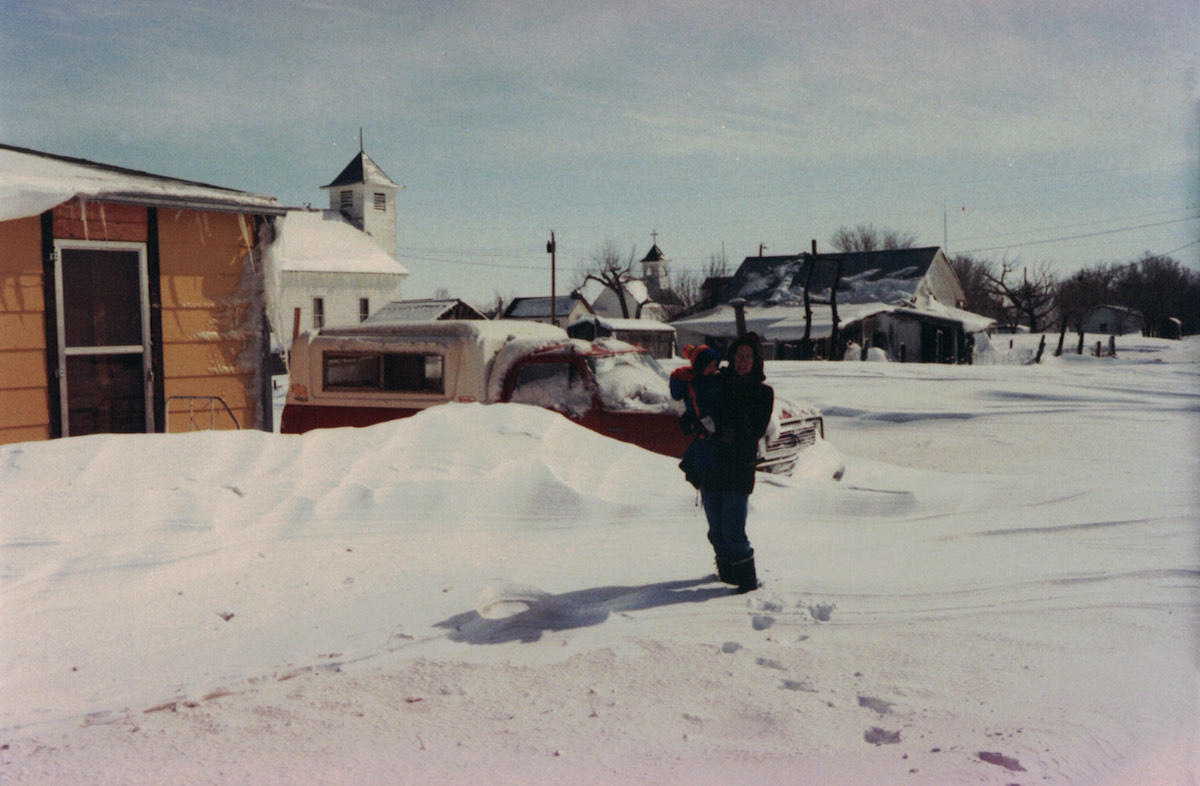 Spring blizzards on the South Dakota prairie are uncommon, but they do happen. This week’s weather reports and pictures posted by friends who live west of the Missouri River attest to that fact. Their pictures inspired me to locate snapshots my husband and I took when we lived in Camp Crook. In the top one, a much younger me is holding our son Allen. The one below shows my husband Hiram doing the same. 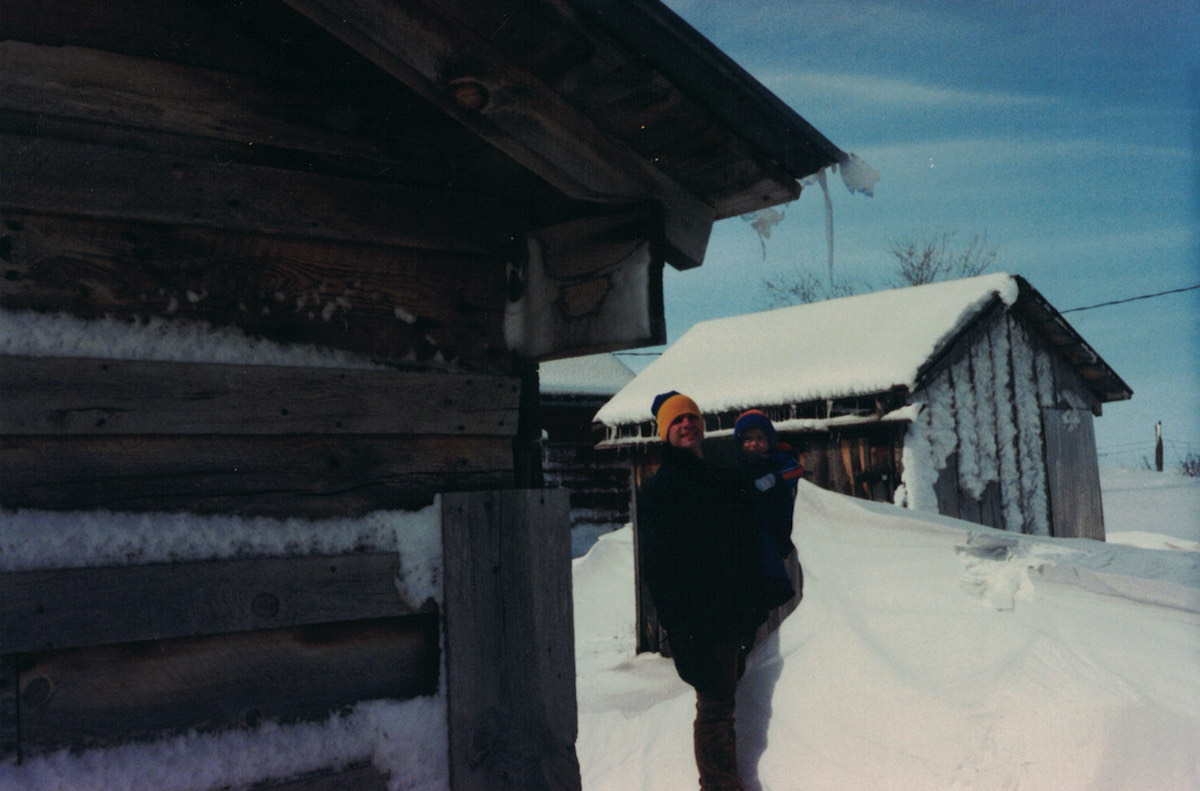 Now for a few fun facts to accompany the photos: