Muffin Mysteries for a Fantastic Friday 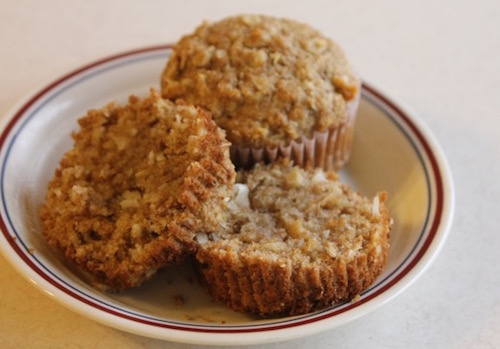 In the four years since this post first appeared on Down the Gravel Road, memory issues at the Philo house have only gotten worse. So much worse that this Fantastic Friday’s muffin mystery is one I don’t even remember. Which is why it’s worth solving a second time.

This morning, I was up bright and early. At 6:15 I left the house to walk, my back exercises, Bible study, and breakfast already completed. Ten minutes later, my phone rang.

By the time I fished it out of my pocket and untangled the iPod ear buds wrapped around it, and I inadvertently pressing several buttons, the caller gave up. The screen said it had been Hiram, so I tried to call back. But somehow I hit the mute button and had to hang up. Eventually he called back, and after explaining I really hadn’t hung up on him twice, he remembered why he called in the first place. Which is a miracle in itself, as the rest of the story proves.

“Did you put muffins in the microwave this morning?” he asked.

“Yes,” I answered, and then added. “And I ate them. For breakfast.”

“Okay,” he said. “So these in the microwave are mine?”

That’s when I realized Hiram and I have been married for a long time, and he’s rubbing off on me. As my internal dialogue confirms, though I have spent the last 35 years pulling him out of the anti-memory-time-and-space vortex where he lives, growing older is gradually sucking me into it with him. My days as household memory queen are numbered. Maybe even over already.

Hesitatingly, I answered. “I don’t think I would put a second set of muffins in the microwave. And my stomach feels full, so I ate mine.”

“Okay.” His voice remained cheerful and unperturbed. “They must be mine. I just don’t remember putting them there.”

He agreed, and we both hung up. I slipped the phone back in my pocket and felt something long and stringy wrap around it. I pulled the phone out again, along with a tangle of iPod ear buds.

Where in the world did those come from? I wondered. Then I stuffed them in my pocket and walked down the road cheerful and unperturbed.