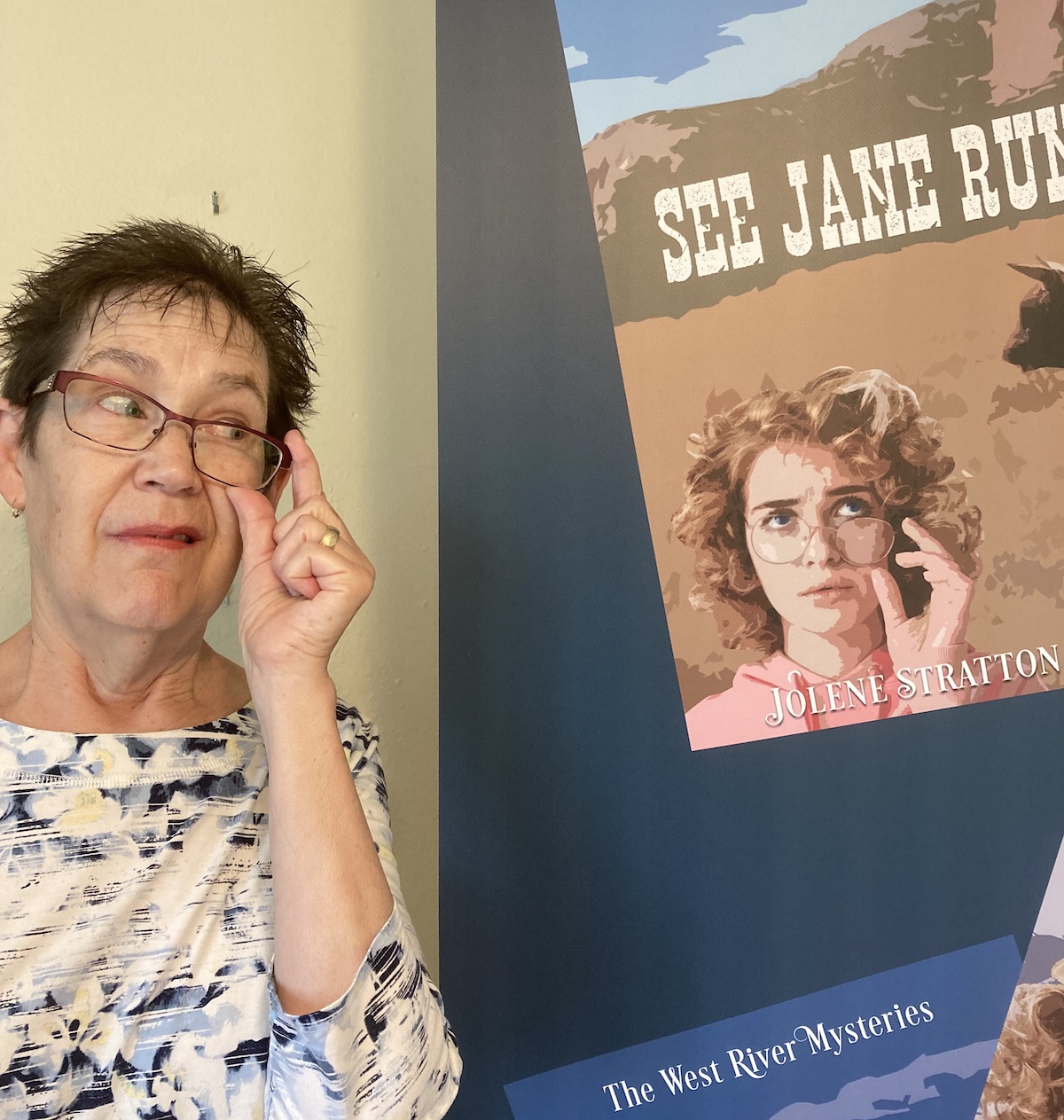 See Jane and Jolene saying ay yai yai yai yai? Do you know why they’re saying it? Because the release date for See Jane Run! is only days away.

As a result, they’ve resorted to making faces at each other while fiddling with their glasses.

Juvenile behaviors to be sure.
Or maybe nervous habits.

Whatever the case, there’s only one thing to say about the situation…ay yai yai yai yai!