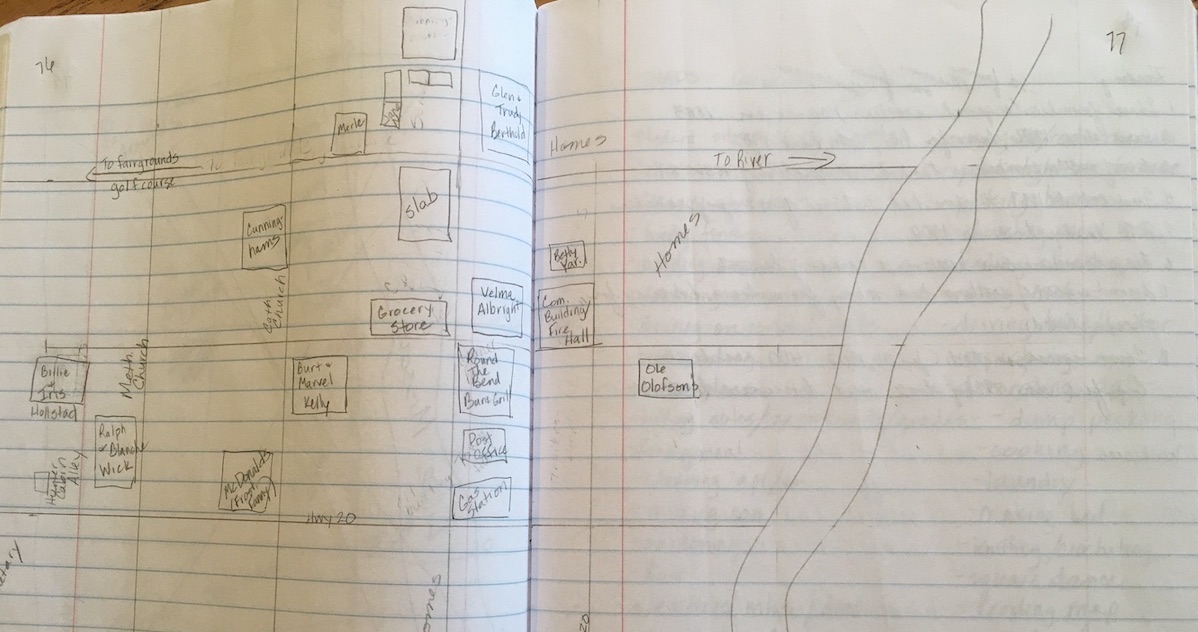 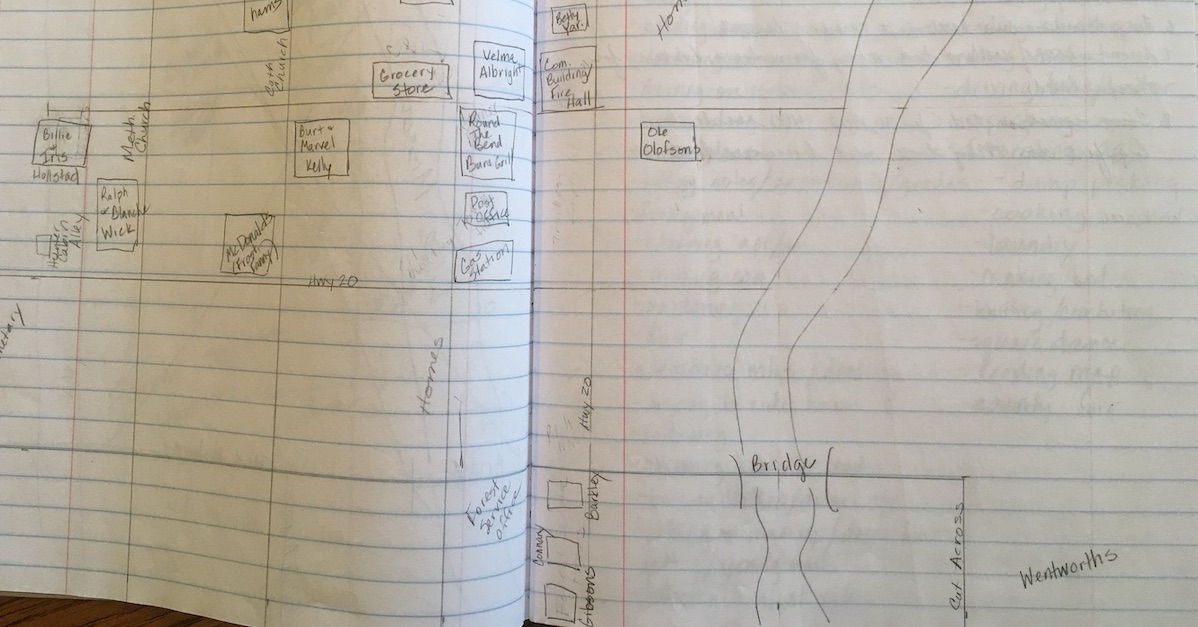 Mapping out Little Missouri was my first order of business when I decided to stop thinking about See Jane Run! and actually write it. My husband and I lived in the town that Little Missouri is modeled after for 7 years. We were young back then, and the town is small, plus we’ve gone back to visit now and then. So I was confident that my recollection of the place was accurate. But I wanted to be absolutely sure.

I called the court house of the real county that the fictional county of Tipperary County is modeled after and asked to be transferred to the department in charge of the maps. “That’ll be Mary,” said the woman on the phone. “I’ll put you through.”

Mary, as it turned out, was the parent of one of the kids I’d taught when we lived out there. She sent not only a map of the town, but also a map of the county. She wouldn’t let me pay for them because that’s what people do out there.

The map came into being ten or more years ago. Since then I’ve published five non-fiction books, and I’ve written and rewritten See Jane Run! at least ten times to get it to the version my agent is pitching. Some characters, like Ole Olofson, have disappeared. Others, like Marvel Kelly, have had their names changed. ( In case you’re wondering, Marvel’s gone from Marvel to Vida to Ida.) And some are waiting in the itwings to appear in future books in the series.

If you’ve been to the town that Little Missouri is modeled after, you may think you recognize some of the buildings. You may think you worked or lived in some of them. When my husband and I study the map, we believe we’ve identified three places similar to where we lived. That’s saying something in a town that small. But we never lived in a house like the one where fictional Jane lives and teaches.

Hopefully you haven’t been utterly confused by all this talk about what’s real. Just remember that Jane and Little Missouri are figments of my imagination. Also remember that figments of imagination have minds of their own and tend to venture into unexpected places. Which explains is why my first order of novel writing business was to nail down the fictional setting by making a map. So neither creation or creator will ever be completely lost and confused.