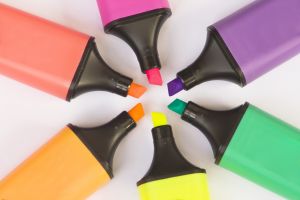 The Danger of Self-Diagnosis for a Fantastic Friday

This week I’m preparing to speak about mental illness at our church on Sunday. No wonder this post, written four years ago this month while doing research for a book on PTSD in children, caught my eye. This post is as apropos now as it was then.

The Danger of Self-Delusion

During January and February, my days were consumed with research for a new book proposal about post-traumatic stress disorder (PTSD) in kids. Consequently, I learned just enough about several mental illnesses to endanger my own state of mind. All this new information sent me into a tizzy of worry and self-diagnosis, resulting in the following list:

Believe me, that list is only the tip of the mental illness iceberg. If everything I’ve self-diagnosed was on that list, you’d think I was crazy. But I’m not. 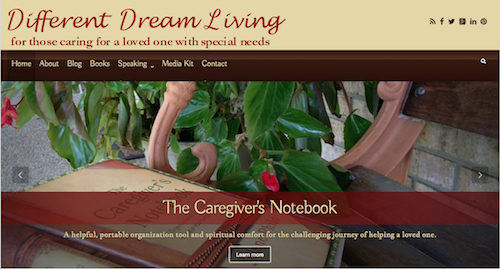 O Lord, Give Me Patience Immediately if Not Sooner

One  Sunday morning our pastor described impatience, the attitude of demanding to receive what we when we want it, as a sin. His words made me feel quite smug. Because I’d just spent 3 months patiently doing hand exercises and patiently waiting for the thumb tendon I’d severed in a moment of impatience to heal.

Not once had I asked him to heal my thumb and heal it right now. Instead, I had entrusted its healing to God and hadn’t spent 3 months chomping at the bit. I was sitting pretty in the patience department. The pride thing not so much, but no need going down that rabbit hole. With my patience quotient at an all time high, I felt more than ready for the launch of the redesign of my other website, www.DifferentDream.com.

And enough to invite faithful readers of this website to visit the other website and enter the weekly book give aways to celebrate the new look at DifferentDream.com. 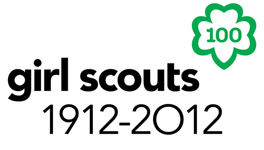 Feeling Not Just Old, But Ancient on this Fantastic Friday

This post from 2012 made me smile when I stumbled across it. Because Iowans need as much to smile about as possible in January, I’m passing it along to you on this Fantastic Friday though it reminds all of us that we’re 4 years older and even more ancient in 2016.

Not Just Old. But Ancient.

Yesterday morning, my first thought was not, “Today, I’m gonna feel old.” But thanks to the Girl Scouts – yes, those cute little cookie peddlers who sell sugar highs in a box – for the first time ever, I am feeling a wee bit ancient.

The realization was gradual, increasing the longer I listened to Talk of Iowa on the radio. The topic was the 100th Anniversary of Girl Scouts, and the host interviewed some Girl Scout leaders and a couple honest-to-goodness present day Girl Scouts. The girls were about the same age I was during my short career as cookie salesgirl and sash wearer.

And they made me feel not just old. But ancient.

It wasn’t their fault. But, while they talked, I thought about how 1912 was a century ago for the little girls. Just like 1865 was a hundred years ago when I attended Girl Scout meetings after school in 1965. So if and when they watch a show like Downton Abbey, the events portrayed there are as long ago and far away to them as the events chronicled in Gone With the Wind were to me.

And that’s when I started feeling not just old. But ancient.

But they didn’t seem just old. They seemed ancient.

Which is how today’s Girl Scouts view everybody old enough to tuck an AARP membership card next to the packet of Metamucil in their wallets, old enough to wear sensible shoes, sport age spots, and wear pants with elastic waistbands.

They view us as not just old. But ancient.

Oh my, the depression is coming on thick and fast. I think there’s only one way to fight this thing. I’m gonna find a Girl Scout, buy a box of Thin Mints, and snarf down the whole box. After all, my mom says old people like me have earned the right to eat whatever they want. And she ought to know. 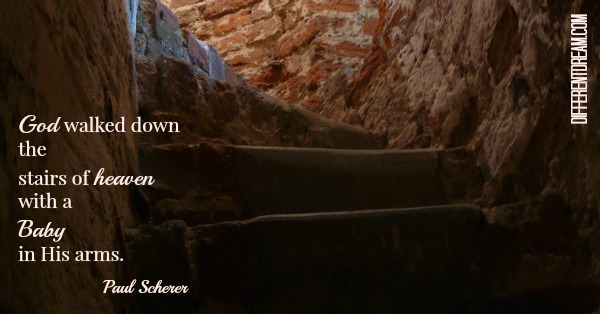 A Baby in His Arms

God walked down the stairs of heaven with a Baby in His arms. ~ Paul Sherer 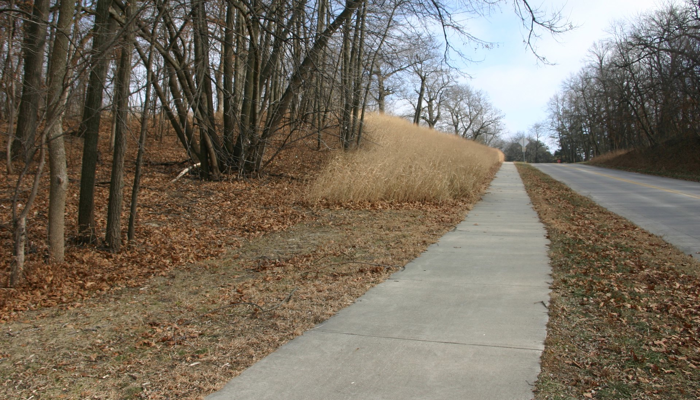 Yes, It Is Still a Beautiful Hill

This post was a favorite of mine when it first appeared here on the Gravel Road in 2010, and it’s still one of my favorites on this Fantastic Friday. When you read it, I hope that you agree.

It’s a Beautiful Hill, Isn’t It?

The other morning, I was nearing the end of my walk, trudging up a steep hill in the park . Not wimpy steep. This hill is truly steep. And long. Very long.

A tall jogger approached from behind, huffing and puffing and gaining rapidly – so I moved to the side of the path. His arms pumping, he barely lifted his feet off the ground as he wheezed past. Still, he flashed a broad grin and gasped, “It’s a beautiful hill, isn’t it?”

I nodded at his long, lean, retreating back and thought of the young adolescent boy I’d seen a while earlier in the morning on this very same hill. I was on my way down the hill, and he was wobbling along on his bike, heading to the middle school.

We go to the same church, and I’ve watched him with interest over the years. Diagnosed with high functioning autism some years back, life hasn’t been easy for him. Social cues often escape him. Impulsivity is his enemy. Subtlety, irony and tact are lost on him. But thanks to supportive parents who love him unconditionally and realistically, he’s learning to cope.

As his bike swerved up the sidewalk, I stepped into the grass to give him more room. Then, I greeted him, the same way I always do on the mornings when our paths cross.. “Good morning, Fred!”

Most days, Fred’s response is a brief nod with eyes averted, nothing more. But this time was different. Fred braked, put a foot on the ground to balance himself and looked my way. “What’s your name again?” he asked.

Fred looked me straight in the eye and smiled. “Good morning, Jolene.” Then he swung his other leg over the bike and pedaled up his truly steep, very long hill.

I watched him tackle the steep incline he faces every day of his life. It is a beautiful hill he’s climbing, I thought as he reached the crest. A beautiful hill indeed. 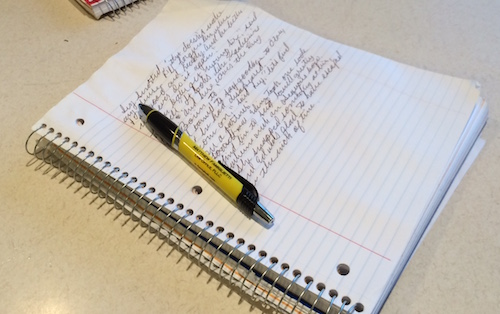 Is There a Writer in the House?

This house almost always has 1 writer in the house. But for about 2 1/2 weeks, while our daughter and her family were here while the Man of Steel and Woman of Aluminum recovered, the writer population around here swelled to 3.

A Philo Phamily writers’ colony right here on the pharm.

As the days went by, the kitchen island sprouted notebooks and pens, the living room resounded with keyboard tapping, the voice of a young author reading her manuscript to the Man of Steel as he recuperated and the Man of Steel laughing at all the right places emanated from sick bay, the excited voices of mother and daughter discussing plot points for new novels tumbled over one another, and young parents sat together talking about how to better develop characters for an audio play.

Think of it as Little Women for the new millennium.

With fewer girls, more mature women, and a couple handsome men. Also a baby whose presence pulled the house’s inhabitants down from the rarefied air of art for art’s sake to fold diapers, change diapers, and play peek-a-boo. And the handsome man who’s a non-writer begging the authors to finish their next manuscripts because he can hardly wait to hear what happens next.

Heady stuff, as you can imagine.

Yesterday, the 2 young writers took their baby home to a neighboring state. Today, the Man of Steel is recovered and back to work. The 1 remaining writer was sad to see them go and good-bye. But as is the way of writers, she was not sad to say hello to an empty house. Because she knows the words inside her head require external silence and time to labor alone if they are ever to come alive on paper. If they are ever to be read by another author and revised. So their timing is perfect enough to make the Man of Steel’s laughter ring out–music to a writer’s ears–when he reads the next manuscript and begs for a new one.

Yes, there’s a writer in this lonely house. And she feels right at home.