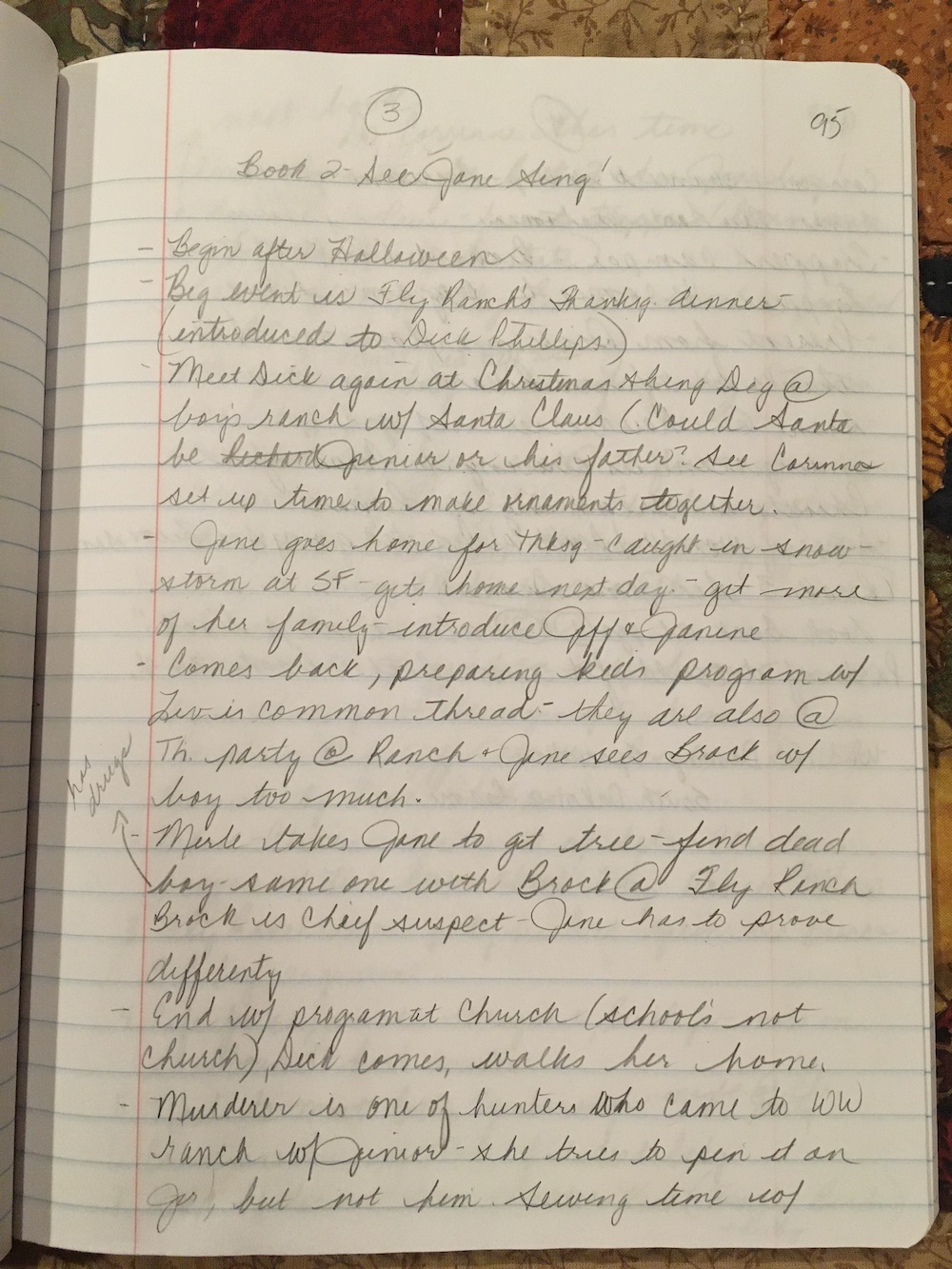 Hear Jane Sing‘s author is singing for joy and for good reason. I should know since the author is me. The reason for all the singing, which some people at my house consider more caterwaul than music, is warranted because the first draft of Hear Jane Sing! is finished.

The rough draft of second book in the Tipperary County Mystery series is done. It began several years ago with some jottings on page 95 of an old composition notebook. The writing of it was delayed for many reasons: revisions to the first book in the series, See Jane Run!, contracts for non-fiction books, a busy speaking schedule, and family stuff. But when the pandemic led to the cancellation of spring and summer speaking engagements, the time was right for turning the ideas in the composition notebook into a first draft.

Which, as may have been mentioned before, is done, DONE, D-O-N-E!

Once the last chapter was finished, I put the manuscript away for a week. Partly because there were other things that needed doing. Partly to create some distance between it and me before launching into revisions. And partly because I was afraid to reread the draft and discover that what I’d written was absolutely terrible. A few days ago, I screwed up my courage and opened the first draft. Like all first drafts, it was bad.

But it wasn’t terrible.

That realization gave me the courage to write this post. To let readers know that the project is moving forward. To strengthen my resolve to find a publisher for the Tipperary County Mystery series. To continue the revision process. To jot ideas in my notebook about the third book in the series. To sing for joy because the first draft of Hear Jane Sing! is done, DONE, D-O-N-E!

Even if it sounds like caterwauling. Care to join me?