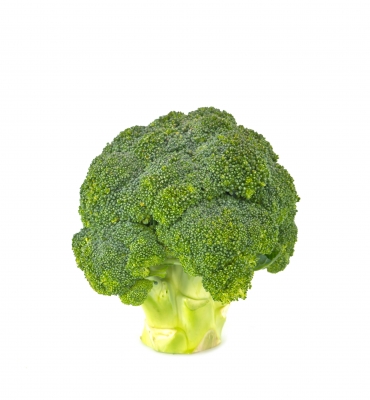 Broccoli Obama and Presidential Trivia All Over Again

For those of you who keep track the answer is yes. Yes, I posted on the Friday following Presidents’ Day a year ago. But because this week marked Barak Obama’s final year as president, the following post from the archives is the only possible choice for today. Plus, the memory of leading this lesson with kids at our church still makes me snort through my nose when I think about it. Here’s hoping it makes you snort, too.

Last Sunday, I created a lesson for an evening activity for kids at our church. The task unleashed my latent school teacher. By the time the kids arrived, I was armed and dangerous. I had a plethora of Presidents’ Day trivia about Washington and Lincoln as well as coloring sheets, and word searches. Little did I know how much the children would add to that great body of knowledge.

The first group of kids were first through third graders who knew Monday was Presidents’ Day. They thought the holiday had something to do with birthdays, but needed some pretty broad hints before they landed on George and Abe.

“But they’re both dead,” one child announced. “When is our real president’s birthday?”

“Oh yeah,” a girl chimed in. “He has a funny name. It’s hard to remember.” The entire group agreed with her. They hemmed and hawed, trying to remember the real president’s name.

“His name reminds me of that one vegetable.” She thought for a moment, and her face lit up. “Broccoli!” she exclaimed. “His name sounds like broccoli.”

The next group of kids were four and five-year-olds. Amazingly, they named Barack Obama without batting an eye.

When asked what the president does, one little boy answered confidently. “He rides around in a car and kills bad guys.”

“No,” another boy disagreed. “President Obama is a good leader.”

Unfortunately, good leadership didn’t have the same allure as a sound bite about riding around in a car killing bad guys. Most of the kids bought into the car theory and stuck with it, even while they colored pictures of Abe Lincoln’s log cabin and the young George Washington working as a surveyor.

“See this?” A sandy-haired boy pointed to some orange lines he’d drawn on the log cabin’s doorway. “That’s a booby trap so bad guys can’t get in.”

“See this?” A little blond guy pointed to George’s surveying equipment. “That bottom part turns into the gun for killing bad guys.”

The final group were fourth and fifth graders. They breezed through the President’s Day trivia, and were surprised to hear that George and Martha never lived there. They even knew the first White House burned down and had to be rebuilt.

“Yeah,” a serious boy said. “That kind of thing still happens. My mom told me that some tourists ran a train into the Octagon, too.”

I thought for a moment. “Do you mean Pentagon?”

The boy beside him added to the confusion. “And some other tourists ran a plane into a tall building in New York City.”

“The Twin Towers,” I explained. “They were terrorists, not tourists. That happened in 2001.”

“2001?” The Octagon tourist reporter did some figuring in his head. “That was two years before I was born.”

The boy beside him pointed at the coloring pictures. “Can we do those?” They colored industriously, sure as only children can be, that their parents and their country’s president, Broccoli Obama, will kill the bad guys and keep them safe from tourists attacking the Octagon.

A Fantastic Friday Iowa Who

Only one Gravel Road post cuts the mustard for the Fantastic Friday after the Iowa Caucuses. Here it is, as timely and true as it was eight years ago when it made it’s debut appearance on this blog.

I feel like a high school homecoming queen the day after graduation. Washed up, dated and insignificant. It’s like I don’t matter anymore. Don’t get me wrong. I was never a homecoming queen. But today, the morning after the Iowa caucuses, I have a great deal of empathy for all of them.

For the last couple of months, the citizens of our state were popular. Our phones rang nonstop. Everyone wanted our opinions on everything. Famous people called us daily – former presidents, senators, congressmen, family and friends of the wannabe movers and shakers of our country. Our mailboxes were stuffed with glossy flyers and Christmas cards from total strangers.  Radio talk show hosts begged us to call in. Our state, not Idaho or Ohio but IOWA, was mentioned on the national news every night for weeks. Even out here on our icy gravel road, a few potential suitors braved tromped through the snow and rang my doorbell. We were important. We really mattered. The nation worshipped at the feet of little old Iowa.

Today I’ve gotten one phone call. It was my Minnesota sister. “Iowa who?” she kept saying. “Iowa who? I hear New Hampshire is the place to be.” She gets so miffed when I get all the attention. But she made a valid point.

Though my state’s present tumble from the national throne has thrown me into the depths of despair, I’m reaching out to the people of New Hampshire. They need to know that popularity is fleeting in our political system.  It’s pretty heady stuff for innocent country folk. It can kinda turn heads, all the attention from important people with their fancy hair, great dental work and tailored suits with matching shoes.

Don’t fall for it, New Hampshire. No matter how pretty the candidates are, don’t dispense your political favors to every John, Mike or Hilary who sashays through the state. Come January 9, those sweet-talking, love ‘em and leave ‘em politicians will drop you like hot potatoes and move on.

I don’t want you to get hurt like we Iowans did. It’s not worth it. Stay home. Turn off the TV. Throw away your mail. Bar the door. Save yourselves for the general election. It’s the only way you’ll be able to live with yourselves tomorrow. 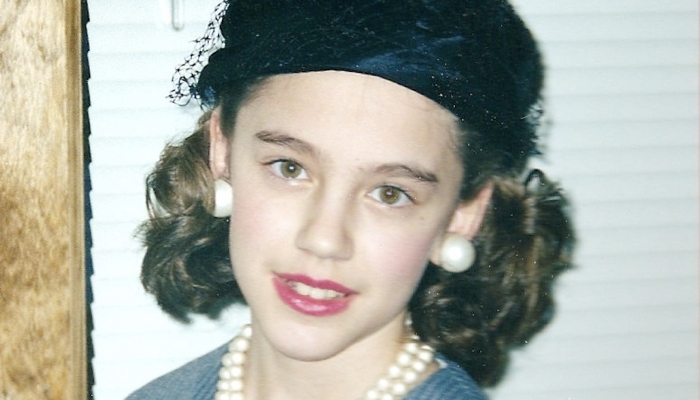 Our small state is swarming with presidential candidates, and not one of them appeals to me. On this Fantastic Friday this post from November of 2008 makes me wish this was 1940 and Gracie Allen was running for president again. She’d have my vote. How about yours?

Gracie Allen, a comedianne from the 1920s through the 1950s, may be old news to you, but she’s a continual current event at our house. Her oddball humor always appealed to me, so in the early 1990s, I brought the movie Damsel in Distress, starring Gracie and her husband George Burns, for a good laugh with the fam.

By the end of the first musical number, our four-year-old daughter began a love affair with Gracie that endures to this day. In fact, Anne became a bit of a Gracie Allen expert when she studied the actress and dressed like her on the evening the fourth grade students shared their findings with the public. To this day, Anne drops Gracie tidbits, gleaned from Gracie and George’s autobiographies and memoirs, into conversation.

“George and Gracie adopted two children.”
“George says Gracie was the brains in comedy team.”
“Gracie was the love of George’s life.”

Right before the recent presidential election, NPR ran a story about Gracie Allen’s 1940 run for the White House as the Surprise Party’s candidate. The piece had barely begun when Hiram came in the room. “Shh…,” I said when he started to speak. “Listen to this.”

We couldn’t wipe the silly grins off our faces while we listened. The announcer explained how the campaign began as a publicity stunt on the Burns and Allen radio show, but took on a life of its own. Gracie even did a whistlestop campaign from California to Omaha, Nebraska where the Surprise Party Convention was held. The article included audio clips of some of G & G’s routines and Gracie’s campaign speeches. Pretty funny stuff.

As soon as the piece ended, I emailed Anne about the program. She’s pretty busy at college these days, so I don’t know if she’s had time to hear it yet. If you’d like to listen in, click on this link and prepare to chuckle. The story is guaranteed to alleviate any lingering post-election stress.

In light of today’s topic, there’s only one way to end this blog. “Say goodnight, Gracie.” 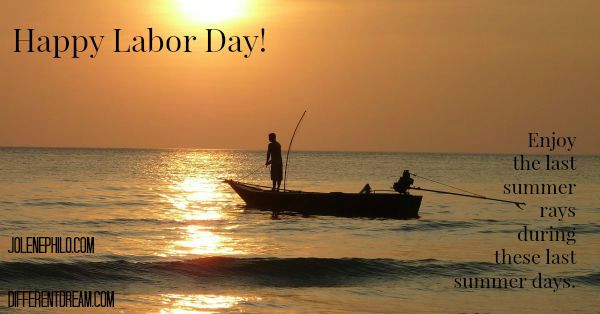 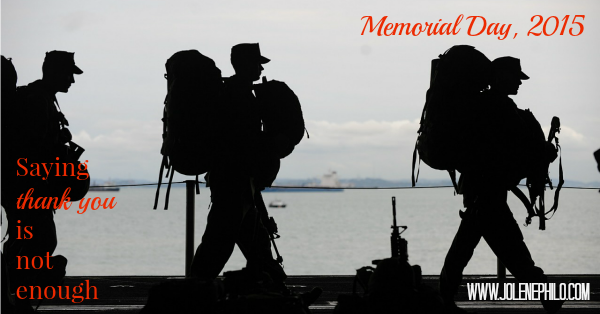 A while back, one of Gravel Road’s top ten post listed many lessons learned from Roger Hallum, high school drama coach in the late 1960s through the mid-1970s. The response to the post by his former students was heartening and eventually resulted in the creation of a website in his honor to promote the Roger Hallum Scholarship Fund. It’s my pleasure to introduce you to Roger Hallum, a most extraordinary teacher.

When I say, “Jump,” you ask “How high?” Those words ring in the ears of Roger Hallum’s students decades after he uttered them. Hallum, Le Mars High School speech and drama coach from 1969-1975 was speaking to a tough crowd–three dozen or more high schoolers who comprised the cast and crew of 1971 fall play, You Can’t Take It with You.

Hallum’s students took his words seriously and jumped as high as they could whenever he asked. In turn, he believed in them and trusted them to do more than they thought they could do. The lives of those students were profoundly impacted by Hallum’s wisdom, humor, and faith in their abilities.

Several months ago, Chris Lindell, ’74 learned that Hallum had died on July 1, 2009. He passed the news along via Facebook, and his former students began to share their favorite memories of him. Funny stories about standing on stage and hearing his voice booming from somewhere in the dark theater. Practical advice useful to this day: “When you’re going to give a speech, never say ‘I’m gonna talk about’ about what you’re gonna talk about.” And regret that “I don’t think I ever saw him after he left and I’ve always wished I’d had.”

Eventually, Hallum’s former students created a scholarship to honor Hallum’s wisdom, humor, and faith in their abilities. Through the Roger Hallum Memorial Scholarship, they hope to pass along his confidence in young people to today’s LCHS graduates.

The scholarship fund is available to Le Mars Community High School graduating seniors who are pursuing a college degree in the creative arts. The fund is administered by the Le Mars Community School District Foundation. Donations are tax deductible and may be sent to the following address:

Former students of Mr. Hallum are invited to leave a tribute or share a favorite memory about him on the tribute page at the Roger Hallum Scholarship website.